Paris for a second time in one Month. For just a single day. A day to reconcile any unresolved sentiments I might have and to do anything here I might want to do, in case this is the last time I will see her. 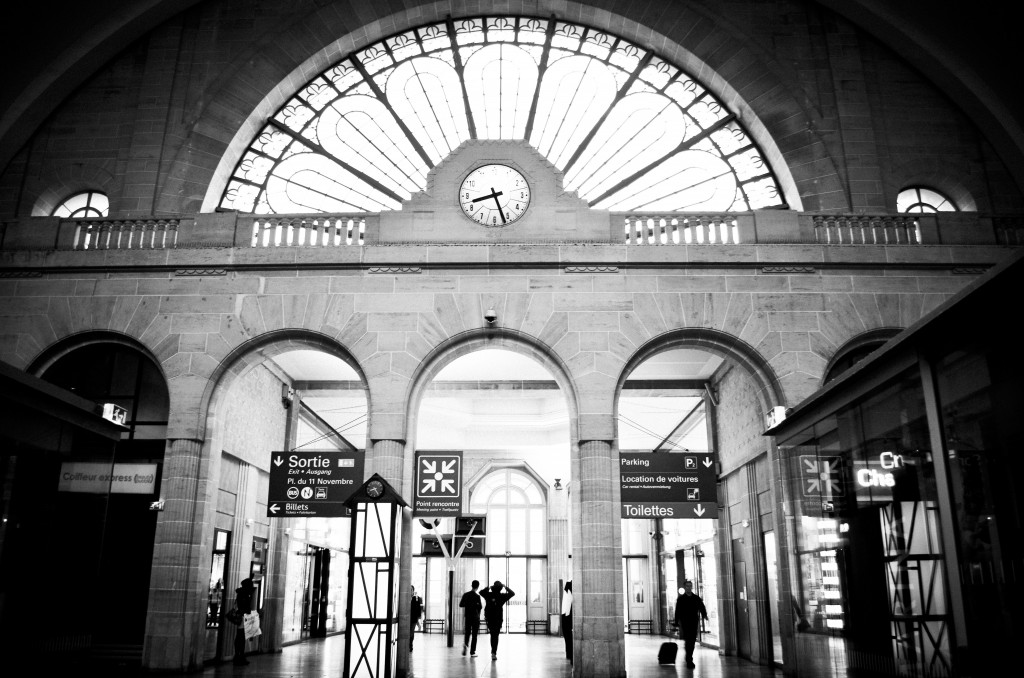 I’m oddly consumed when I think about possible lasts. It’s as though time suddenly swells to greater significance, like the shadow of a great clock tower falling over me, shading everything that I see. Once I heard that the difference between a great leader and a poor one is whether or not they will confront the temporal nature of life and everything in it. I read that two examples of this were the Roman emperor Nero, who threatened to put to death anyone who mentioned the word “die” in any form, and in contrast, Emperor Constantine, who charged a man to come before him every single day and utter the words “Remember, Emperor, one day you too will die”. Whether or not a direct result, one emperor ruled with a vicious and insatiable thirst for money, power and blood and the other with compassion and wisdom. I hope, in these moments when I think about lasts, that I am like Constantine, bearing in mind to value the moment before me and to imbue it with something worthy rather than something wasteful. Like as if moments were small cars that passed by you on a rail, which you can fill or leave empty as they pass before you. What you fill them with is the cargo of your legacy, be it full of good things, harmful things or empty, wasted vessels.

During our stay, we visit Abbesses. 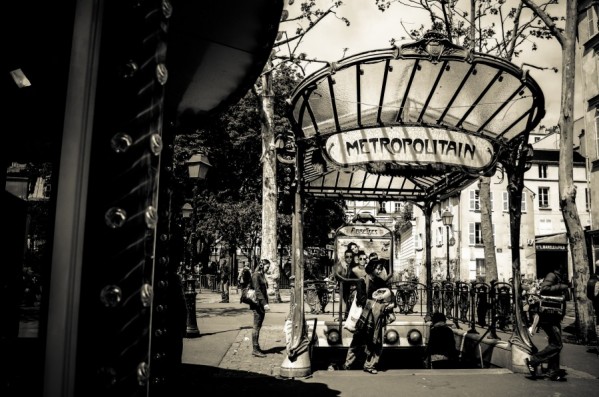 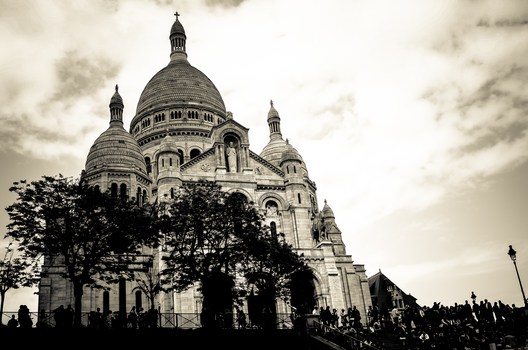 And Aaron, arriving slightly more refreshed this time, forms a somewhat better relationship with the city. A passing appreciation for some of her softer faces.

We revisit Rue Mouffetard, something I will always hold as a favorite and for dinner, I shop the street vendors. This time I am the one walking down the street with a baguette, it’s aroma trailing me like perfume. I notice as I walk and snap photos that I take far too many poorly framed  shots of second story window casings and the bottoms of arched door frames. But I do because there are so many tiny, gorgeous details that I just don’t want to forget and all that does them justice is my lopsided, up-close and without context shots, sans the pretension of trying to make artistic what is already art. I notice a slight twinge in my neck as I realize I’ve been walking around staring up for hours.

Paris, she makes me lift my eyes and look up.

With our very small amount of time here comes the acceptance that I just won’t be able to fit everything in and will have to forgo some of the other destinations we hadn’t gotten to visit, including the Eiffel Tower. I reasoned that at some point, somewhere in the city I would get one, full, perfect glimpse of it, even if on the bus headed to the Beauvais Airport. I don’t think I realized just how much I was counting on that one good look to feel as though my experience was complete until we were actually on the bus. I strained to find her as we drove through La Defense, but headed the wrong way, through alleys between high buildings and diving under low tunnels, I failed to see even a small bit.

As the last edges of the city began to slip by the window, I suddenly felt great remorse. Overcome with the same emotion I had touching down on Mom’s birthday, saying hello, now Paris faded behind me and I was wracked by the goodbye. This visit seemed like a tiny lifespan, come and gone. I sunk into my seat, eyes to the window to hide the wetness on my face. Grey sidewalls lining the corridor of the interstate flashed by in sterile series, interrupted only occasionally by meaningless graffiti.

With startling clarity, in the way that some thoughts seem to crash more loudly in your head than others, the sudden urge to sit up and look back one more time overtook me. Though this seemed an apparently wasted effort, the provocation was strong enough that I straightened, looking out to my right where what was left of the city should be. But as I suspected, miles of highway and edges of city were all I found.

I turned my head back to the window at my left and in the second that I did, like bumping into someone you didn’t see coming… for the swiftest flash of a second…she appeared between a gap in the walls and beyond, in the middle of two enormous buildings. Looking huge, even from so far, the full length of her in stark relief against the white-grey sky, she gracefully pointed up, as if to say, like so many other things here; “Lift your eyes”.

Though it passed as quickly as it appeared, I sat forward, pulling the earbud out of my ear and the shared one from Aaron’s. He looks at me, puzzled, but I can’t exactly explain at the moment. I have nothing adequate to say. I smile at him, replace my earbud, grab his hand and settle back into my seat, finally able to accept goodbye. He watches me for a minute, noticing my red eyes. He is playing our traveling song. I sit very still as I think.

For the sake of a second I never would’ve seen. But the salve that I needed was that brief look and faithful ever to care about the silly wishes of my crazy heart, my Father nudges me with gifts and with instruction and most of all, with reminders of how much…

Please enjoy the photos and this song which has played through my head this whole time.

Mandy, wife of Aaron, writer, photographer, cooker of good things. Will soon have chickens, wants gardens and a clothes-line. Wants to live naturally, like a good bohemian, loves people. Plays music. Thinks Aaron is brilliant.
View all posts by mandy →

Pie-Shaped Wedge is Aaron and Mandy

Never ones to stick to the well-worn road. Interested in; leaving things better than we found them, restoring things that the rest discard, love more fierce than grace, having a rhythm that is natural and full of life, growing and things that grow and being outdoors.

- The access_token provided is invalid.
- Instagram feed not found.